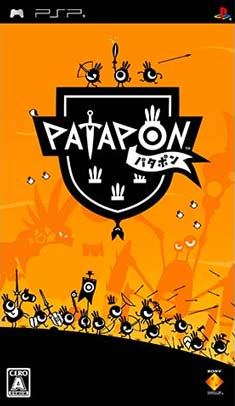 In Patapon, you play as the god of a tribe that is dying. They have been defeated by the neighboring Zigaton tribe and driven back across the land. The end is near. But you can save them! Take up the drum and as their god command them via complex songs to attack or defend against both animals and enemies.

Starting with a simple command song and adding more songs as you proceed level by level, the game becomes more advanced but still maintains a simple feel. Once you begin to complete levels and start to defeat the armies of the Zigaton tribe, you unlock the Legendary Memories of heroes from the past whose memories are waiting on the battlefield for you to discover. Using the game mechanic of a tree of life, you can resurrect the strengths of those ancients heroes in the patapons of the present and add to your army. Start with spears but add to your army patapons who can wield axes and shoot arrows at the enemies. You will need all the help you can muster from your tribe and the strengths from the heroes of the past if you are to reclaim you land and see Earthend, which all patapons dream of seeing, where IT waits for you.