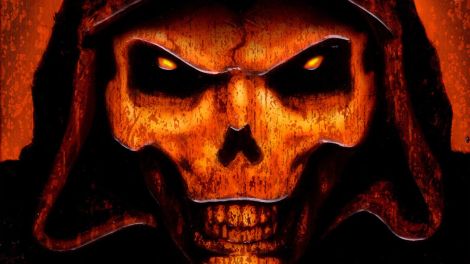 Celebrating its anniversary over the next few days, Blizzard plans to have several in-game events across its properties and current games around and as part of a recognition of the original release of Diablo (1996). Although, at the time, an iteration on mechanics found across other sources like Dungeons & Dragons (1974) and Rogue (1980), what Diablo (1996) and its sequels have left as their greatest legacy is in kick-starting an interest in action-centered exploration of dungeons and a combat-based system where the player would, like its influencers, descend into darkened ruins, find a forgotten history, and defeat a demon all while fighting back waves of enemies and, at the end, righting some societal wrong which corrupted a region and led to its downfall. And, if in reading the summary of the plot sounds familiar, that’s because it is. It’s also the narrative of many medieval period works in which the righteous must confront a darkness to bring an area in chaos back to the order of Christendom.

While never directly referencing it as such, it is hard to look at any screenshots of Diablo (1996) and not see the influence of Catholicism and the works of medieval scholars on its design and presentation. Diablo (1996) is a game of heroes fighting off a demonic source which has ruined a town. What started as the building as a cathedral led, through the work of a demon (Diablo), to greater conquest and corruption. The death and possession of Prince Albrecht, itself a twisting of the succession of kings, brings about the end of the kingdom and a fight for not only the soul of the king, but of that of the people and the region as the heroes must battle first an external darkness and then, as the game closes, their own internal darkness, having taken in the soulstone of Diablo and proceeding to set up the events of the later games. It is in this re-telling of the story of mighty, righteous heroes, however, where the games and those it has shaped over the last twenty years combine neomedievalism and simulation in which the games themselves present a fantasy setting drawn from historical sources in which the production itself proposes a scenario in which the demons of the present can be placed in metaphors of the past, all while saying, yes, they can be found, confronted, and conquered in the process.

Brought into more popular usage from the essay “Dreaming in the Middle Ages”, Umberto Eco (1986) uses the term neomedievalism to examine the ways in which popular culture often harkens backward to a time-period where the present can be confronted in the past. Built upon by other scholars, it is also a lens through which to examine the ways the medieval period is considered more romanticized and thus a ripe setting for confrontations between good and evil, light and darkness. At the same time, this is also a returning to the metaphors of the period, encoding in the assumptions of those writers in the central paradox of its usage: the current Western world is not of that period, yet experiences it through works which present it as better than it was. Neomedievalism both is and isn’t medieval: the chase toward more authenticity, toward the ‘roots’ of ourselves in which Eco (1986) discusses, is never reached, can never be reached. Indulging in a hyperreality, neomedievalism is renewed as never quite as it wants to be, but, at the same time, better than its source. It exists because there is a belief in being able to achieve it even as its reproductions are easier consumed because of their own hyperreality.

In writing about this contrast between the collision of neomedievalism and past, Brent Moberly and Kevin Moberly (2010), in “Neomedievalism, Hyperrealism, and Simulation”, link this hyperreality of neomedievalism simulation as part of a “much larger tradition of nostalgia for the ideals of the imagined past—ideals that are constructed in response to the perceived short-comings of the present” (p. 161). Placing it within the construction and presentation of the ability to “touch” the past, Moberly and Moberly (2010) describe the pull of neomedievalism as part of a desire to become part of the hyperreality and to “own it” and have control over its presentation. As a casting of present struggles in past imperfect metaphors, games like Diablo (1996) present a chance to confront, literally, the demons of the present in a past which glories in the work of fighting them. They are the best of escapism because of their parallels of illusions of authenticity and a way back to the hyperreality of the romanticism of the past: the chance to be lost in the world of clear-cut good and evil without the post-modern shades of grays to consider. As indulgences, they allow a processing of a simulated, winnable world in which the heroes can and ultimately should win despite their struggles and the obstacles along the way.

Yet, it is in this hyperreality in which the problems of the past must be confronted. Hyperrealities collapse into a commodity all which are used in its construction and push toward a general homogeneity. As a point of singularity, it smashes differences and erases as much as it reveals. In building a world for the players of Diablo (1996) and its sequels, Blizzard also encodes the same prejudices and ignorance of the past it tries to imperfectly create as winnable. Women, despite their inclusion as playable, as presented as sexual with more revealing, impractical clothing. The same as non-white characters in their reduction, at times, in to the labels and roles of the past. Proceeding into the ‘darkness’ of the jungles, the player must destroy the peoples of Diablo 2 (2000) in their work toward a better future. The same with its sequel, Diablo 3 (2012), in the path from a small town across into an Arabian city to receive enlightenment before the descent into the realms of hells. The paths of the Crusades are alive and well in their metaphorical journey across the spatial presentations in the Diablo games as “following” corruption from the local to the global and across the world from a town in peril to a world in trouble as the player must battle from forest to desert to the edge of the world before going into Hell itself.

In its neomedievalism, the Diablo series is one of contradictions and paradoxical constructs. As a “winnable” simulation, it represents the ability to enter a perfected, imperfection of a romanticized past in which wizards, warriors, and their allies battle for the fate of the world. Yet, while it enables the dreams of a ‘pure’ past, it also, in its hyperreality, reminds us of our own imperfect reflections: we are not the heroes, we only “play” at them. Our battles are not in the past, but in how we understand and represent it as part of ourselves and our own identities. We can enter the simulation, but the second-hand demons we fight are never quite our own. They are only those we fight in a world of another’s making based on what could be and not quite was.