NodeJS is a JavaScript runtime designed for more advanced command-line and server-side usage. It can be thought of as “JavaScript outside of a web browser.” 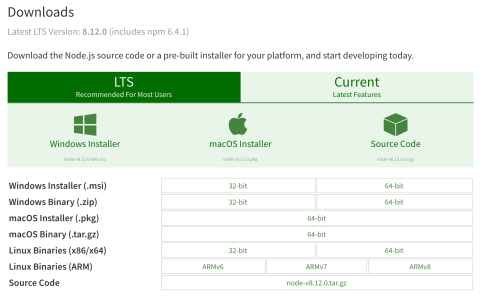 There are many different downloadable versions for NodsJS across most operating systems. Often, visiting the homepage will prompt with the version detected from the browser and provide the correct build. 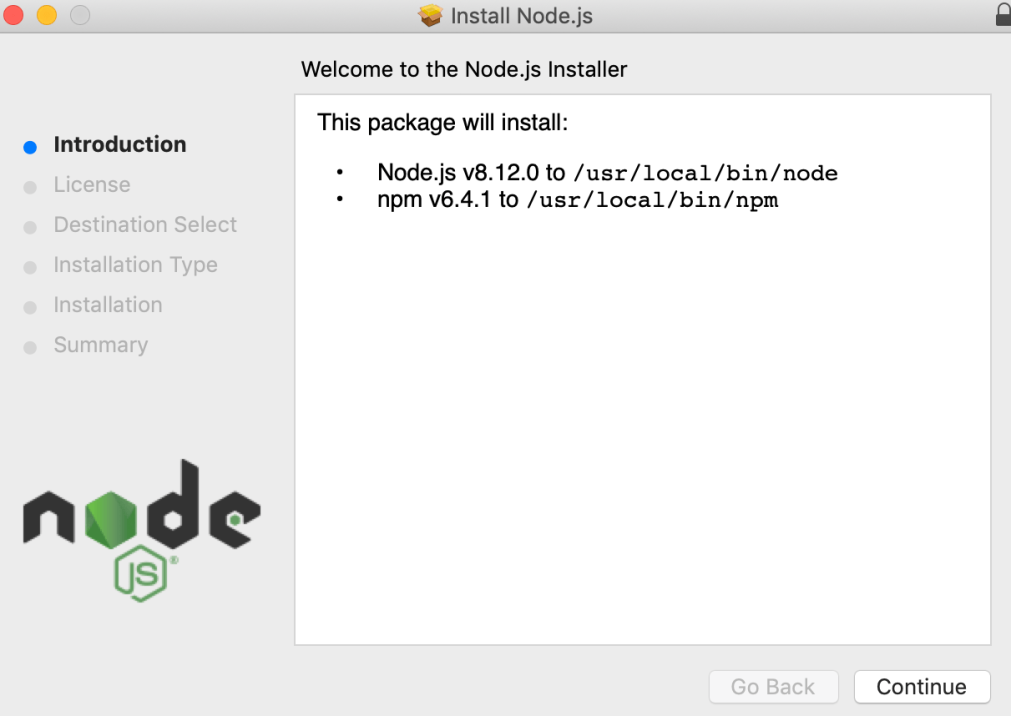 Installing NodeJS will require administrative access to install. Once started, selecting the default options (“/usr/local/bin” for Mac and “C:\Program Files\” for Windows) when prompted is sufficient. Total installation time is usually within a couple minutes.

Once installed, it is ready for use.

Testing if NodeJS is installed and configured correctly is a quick process. Opening a Terminal window (Mac) or Command Prompt (Windows) and running “node -v” should provide a response of the current version. 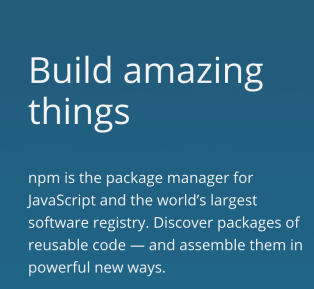 Installing NodeJS also installed an additional tool called the Node Package Manager (NPM). It has a website for more easily finding projects, but can also be found through running “npm” on the command-line of in a Terminal window. 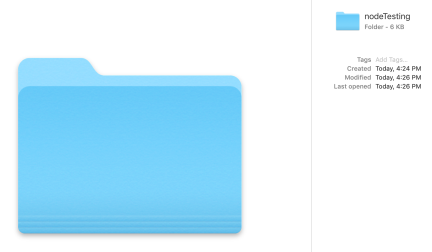 Open a Command Prompt in Widows or Terminal window on Mac.

Navigate to the new folder or directory. On most operating systems this will be through using the cd command and the name of the directory.

In this folder or directory, type “npm install tracery-grammar” (This will install the NodeJS version of Tracery.) 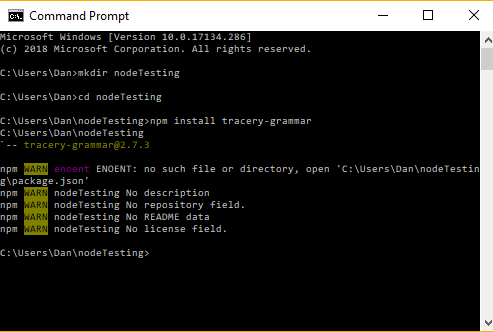 Note: NPM will produce warnings because there is not an existing “package.json” file. This can be ignored for this test.

Using either a built-in plain text editor or one like Atom, create a new file in the same folder or directory. Name this file “testing.js”

Note: NodeJS does not require that JavaScript files end in the filetype “js.” However, it is common practice and usually recommend.

Copy the following code into the file.

In the Command Prompt or Terminal window, run “node testing.js”. 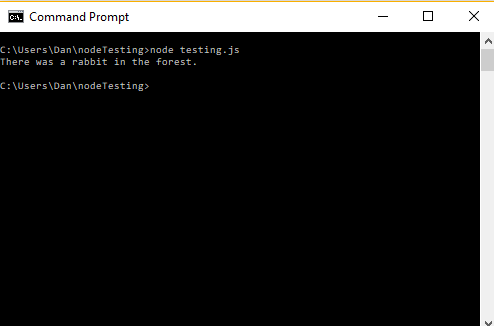 NodeJS and NPM are now ready for use in other projects!