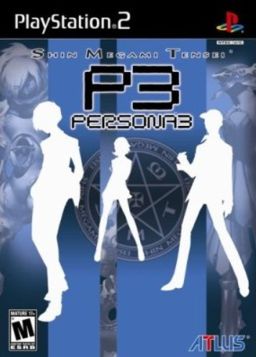 Combining the aspects of a dating simulation with the labyrinth exploring qualities of a role playing game, Persona 3 presents the player with a confusing game that flips too easily between a horror filled school hall and the banal book-learning of a classroom.

Being a transfer student to a new high school can be hard enough, but add to that to being attacked during the Dark Hour, a hidden hour in which sword wielding enemies come out and most of the population transmogrifies into coffins, after the first day and it is enough to drive anyone to develop an extra persona. Persona 3 presents the life of a male student who unleashes his “Persona”, expression of his psyche, the night after his first day of school. Oh, and he unleashes this “Persona” by shooting himself in the head, point blank.

Yes, this game is rated Mature for a reason and it is not the dating simulation aspects. Each time the Dark Hour rolls around you must fight to stay alive but you can always summon your Persona if need be, just load up your Evoker, a gun-looking device which you point at your head, aim and fire.

Not recommended to anyone who is not familiar with the Megami Tensei or Persona series of video games, it can be both shocking and boring at times, and for great lengths, without the ability to save or stop. Borrower or renter beware! Worth a try, but not a buy. 5/10