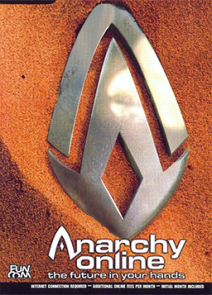 Z-95 is an avid PC gamer. Playing everything from DOS games of years past up to the latest games including Oblivion and Unreal Tournament 3, he can speak on what is great and what needs more work in PC games. The following is a review he wrote for his blog at Z-95.com and is copied with permission.

Anarchy Online is an MMORPG that is science fiction based rather than the more commonly used setting of fantasy. I enjoy sci-fi so this really appealed to me. AO was released in 2001 so the graphics aren’t that great, but it also means that almost any current computer can run it. However, the coders are working on a brand new graphics engine for AO so soon (supposedly this year) this will be a moot point.

The main point that brought me into this game is that you can play the game on a free account. AO currently has four expansion packs. To play the whole game costs about $8 a month. But, you can play the core game and the first expansion for free, you just have to put up with some in-game advertising. (This I agree with and I think is a good example of how in-game advertising should work. Most other games that use this technology still make the user pay full (or close to full) price for the game, while the advertising benefits the makers of the game instead of the users. But I digress.) The advertising in this game is in the form of short looping videos that appear on billboards placed throughout the cities in the world. They loop a low-res video with sound that lasts about 20 to 30 seconds. Sometimes they can be annoying, but the sound fades as you walk away and half of the time they aren’t even displayed. For being able to play the game for free it is a small price to pay.

Another thing I like about AO is that it is a very technical game and is not a game for beginners. Whereas in Diablo 2, you have five areas you could increase on a level up, and in Guild Wars you have seven I believe, AO has about 82 areas you can place points into to upgrade your character. Stats pages for weapons and items can fill a whole info window and still scroll on. Instead of having one stat with the name “Armor”, there are many different armor classes ranging from Impact/Projectile, Energy, and Melee to Fire, Cold, Chemical, Poison, and Radiation, each of which has its own rating on your character. There is all this and more and I actually really like the technical aspect of the game and the steep learning curve as it makes you really put some thought into your character.

Overall, I really like this game and I am enjoying playing it. I won’t say it doesn’t have its problems though. It has crashed once in a while for me, and lags every now and then, but these are not enough to make the game a pain to enjoy. Also, since the game is older, the graphics are not that great, but the game will soon (hopefully very soon!) be updated to the new graphics engine and that will not be a point of concern. If you haven’t heard or played AO check it out; it’s free, fun, and you have nothing to lose.

One thought on “Anarchy Online”