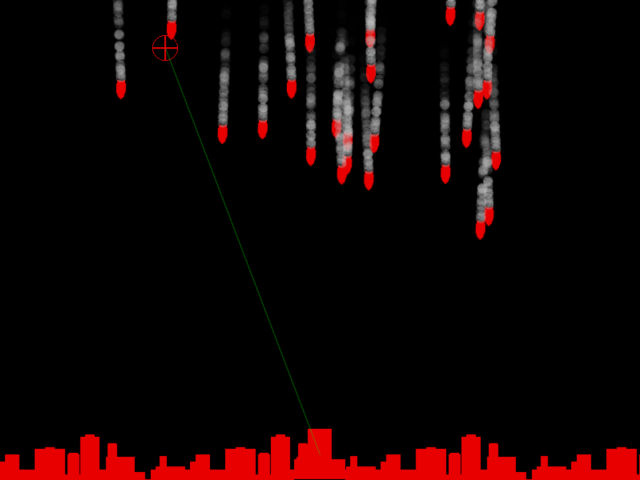 Homeland Surface Defense Force: Operation Foxtrot Delta Sierra Hotel is now up on itch.io and linked to from Ludum Dare’s site. It’s a game where you shoot down missiles using other missiles and, eventually, are overwhelmed by the sheer number of missiles on the screen. (My best time is 3:23.)

As mentioned on Google+, I also drove in to Richmond, VA (a two hour drive) to visit during the Richmond Game Jams’ meetup for Ludum Dare 29. Other than noting that I generally had a good time, I don’t have too much to write about it. Well, other than that it was slightly awkward for me to not be able to do any development myself while there. (My laptop broke several months ago.) I mostly ended up just generally chatting and doing playtesting on other people’s games before leaving right before the group demoing time to make sure I didn’t get home too late. (Which I did anyway because of the traffic and road construction driving back.)