Along with using code in different blocks to change variables and define functions, Python can also be used more extensively. Code used within Ren’Py can use its classes and functions to create new objects that can interact with existing ones.

Along with other Displayables, user-created entries can be added. When used in an init python block, new classes can also inherit and use existing Ren’Py classes and properties. 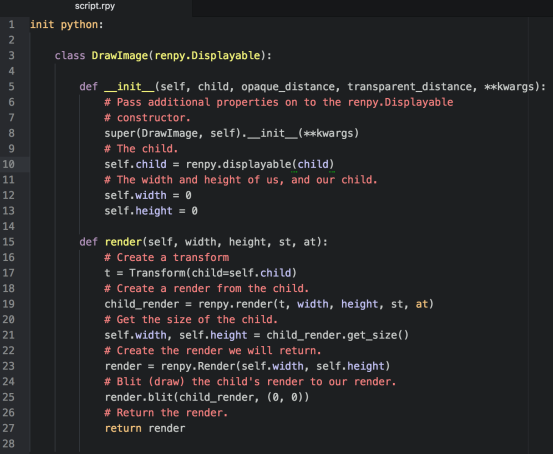 Note: User-created displayables need a minimum of both constructor and render functions defined to inherit properties from its parent and rules to follow when drawing. 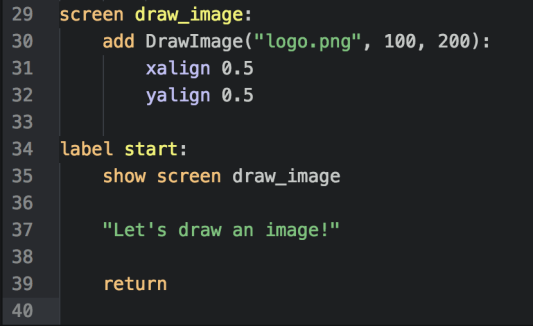 Defined as a displayable, new user-generated classes can be added and used with screens to access and show them to players.